Students Conquer the Outer Limits of the Troposphere with HBK 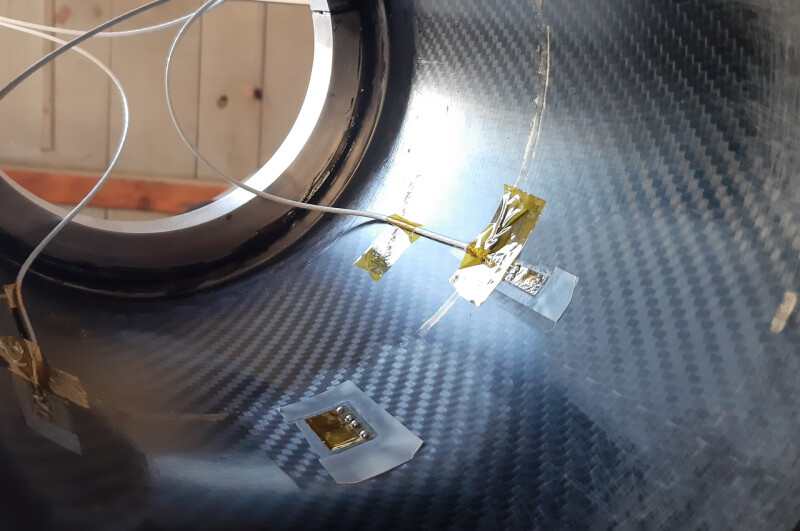 HBK - Hottinger Brüel & Kjaer (Germany) - A rocket's structure is exposed to considerable loads during flight, which can only be calculated to a limited degree during simulations. A monitoring system is needed for real bending moments and axial forces to verify the calculated loads during flight and correct them if necessary. ETH Zurich students use strain gauges made by Hottinger Brüel & Kjær (HBK) which deliver reliable measurement results, even under extreme conditions.

In 2020 and 2021, a team of more than 50 dedicated students from ETH Zurich, members of the Academic Space Initiative Switzerland (ARIS), created their fourth generation of research rockets and entered the European Rocketry Challenge (EuRoC) in Portugal. The students had set themselves the goal of winning the prize in the highest category, “Rocket with a self-developed propulsion system and a flight altitude of more than 30,000 feet”. The functional capabilities of the self-developed hybrid propulsion system were demonstrated by a successful launch at the EuRoC. The new monitoring system for measuring the load on the research rocket's aerostructure was also crucial for this.

The HBK strain gauges built into the system provide essential information about occurring bending moments and axial forces during every phase of the flight. These findings form the basis for further optimizations of the research rocket and for achieving the team's next set goal.

This next goal is the successful participation in the Spaceport America Cup 2022 in New Mexico, where the team aims to transport a nine-pound payload to an altitude of more than 30,000 feet and bring the research rocket and all its components safely back to Earth. The bending moments and axial forces recorded during the test flight will now be used to provide a weight-optimizing design of all load-bearing structural components, thus laying the groundwork for first place at the Spaceport America Cup 2022.

Deciding on HBK strain gauges when selecting the right measuring equipment was due to past positive experiences and the company's international reputation on one hand. On the other hand, the easy integrability of the HBK strain gauges was a key advantage.