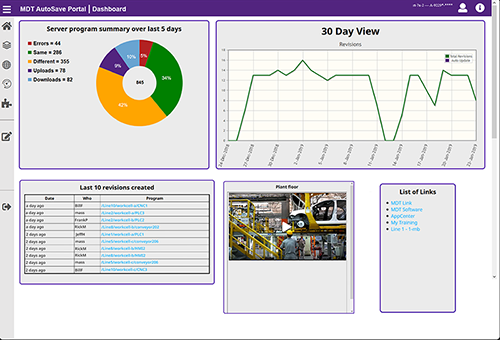 The AutoSave Portal is a decision support dashboard that enables users to view all AutoSave activity in the plant including program activity, success or failure of device program compare results, program comparison details, and much more. This vital plant information is accessed from a single web interface that can run on workstations, laptops and mobile devices.

Users of AutoSave can now access the following through the easily navigated, secure, user-friendly Portal:

In addition to the Portal, MDT AutoSave version 7.0 also includes the following features and enhancements: