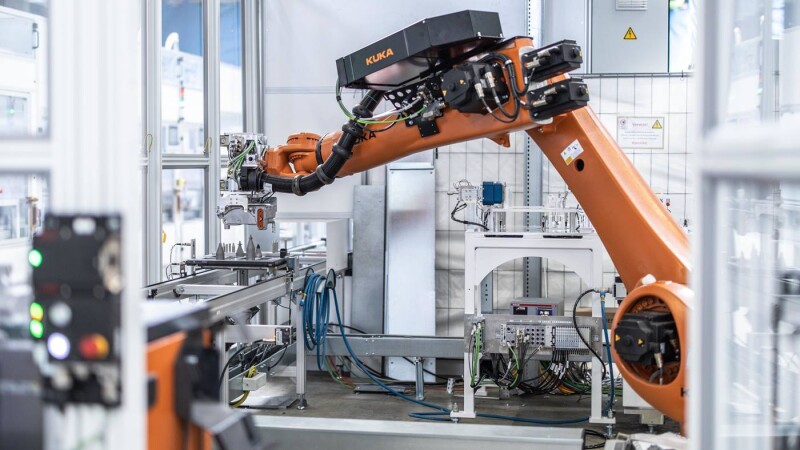 Various latest-generation KUKA robots are being used in five fully-automatic production and inspection lines for inverters – a module used in electromobility. Longstanding system partner SAR is producing the cells for these lines in accordance with a standardized cleanroom concept at the headquarters in Dingolfing,

Southern Germany. Following extensive testing and functional inspections, they are being delivered to two European plants and one Chinese plant of a leading German automotive supplier. The inverters manufactured there, in various power classes and variants, are installed in electric vehicles by two automotive manufacturers.

The production and inspection lines are equipped with around 50 KUKA robots of the KR QUANTEC, KR CYBERTECH and KR AGILUS series for fully-automated handling, plasma cleaning and bonding processes. The finished inverters are handled fully automatically through eight inspection and labeling steps with a cycle time of 50 seconds.

SAR Elektronic GmbH expects that further production lines – and thus also further robots – will be required in the coming years, depending on the market acceptance of electric vehicles.

Various robots from KUKA are used at SAR.

The lines are equipped with around 50 robots for different processes.