KUKA is further developing the KR AGILUS Series of Robots KUKA Roboter GmbH (Germany) – “The small robots of the KR AGILUS series feature impressive speed, extreme agility in confined spaces, short cycle times and maximum precision. KUKA has now further developed the service-proven KR AGILUS sixx. With effect from the end of the year, the next generation of the KR AGILUS will be replacing all standard variants of the small robot”, share the company.

New KR AGILUS generation with protection rating IP67:
Each of the new KR AGILUS robots meets the requirements of protection rating IP67 and is thus protected against water spray. For applications with lubricants or coolants, there will still be a special Waterproof (WP) variant. The other variants, such as Cleanroom, Atex protection – for potentially explosive environments – and Hygienic Machine are also still available.

White as the new standard color of the robot:
“Like the KR 3 AGILUS, the new KR AGILUS will also be supplied in white. As in the past, other colors can also be implemented on request. White is the color that best enables the robot to blend into the production environments of its primary target market: the electronics industry in Asia. The small robot will also still be of interest to customers in General Industry (GI) worldwide, standing out, as it does, for its speed and precision”, added KUKA. 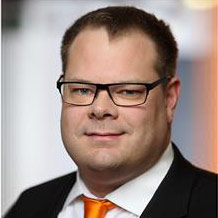 “In the new KR AGILUS, our customers can look forward to a small robot that we have further developed with our customary quality. The new and improved position of the energy supply system is just one example of the many details on the robot that have been enhanced”, stated Christoph Schaible, KUKA Product Manager.

Yaskawa Motoman MLX300 Software Option: Next Generation of Integration for Robots and PLCs