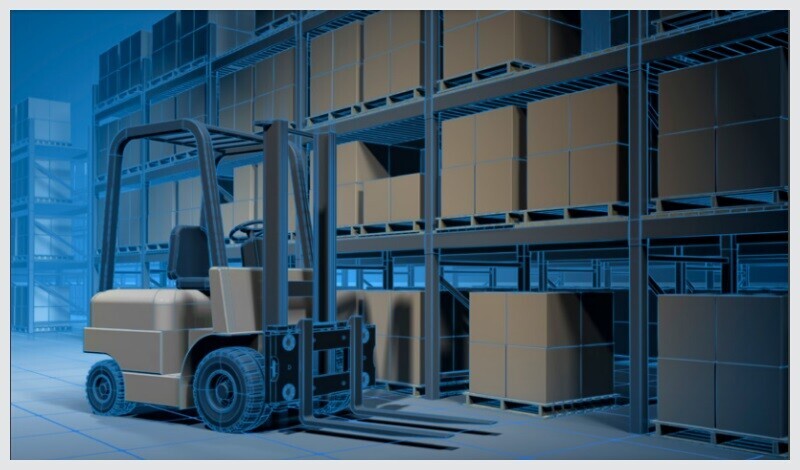 Grand Rapids Metrology (United States) - We worked with an agriculture company that was having troubles obtaining information in an efficient manner. They were using forklifts to load pallets onto a floor scale to weigh the skids. This company had 2 floor scales and 5 wireless remotes, one for each forklift. The skids were weighed on the floor scale and a button from the associated forklift remote was pressed to associate the weight with the floor scale. All 5 forklifts were weighing skids from different lots and storing measurements on an indicator. When the lot was closed out, meaning all 10 skids from each of the 4 coolers were weighed, a different button was pressed on the forklift remote to print the accumulated report on one of the scales. The measurement information on the indicator was erased and sent to a PC to be stored.

The issue was that 5 forklifts were fighting over 2 floor scales during their busy season. This, in turn, resulted in less productivity and wasted time.

We worked with the equipment manufacturer to customize a software system that will allow any of the 5 forklifts to pick up a skid from any of the 3 lots. The customer is able to weigh the skid on the forklift itself which then stores the weight data in the indicator. Once a lot is closed out, data is sent to a central PC wirelessly and a report can be printed out. Grand Rapids Metrology took an outdated system and upgraded it. We created a custom software that would wirelessly communicate with a central PC, and we retrofitted a forklift scale carriage to an existing forklift to allow for weighing right from the forklift itself!

This saved the company significant time, costs and energy while increasing productivity and profit margins. Imagine it being your busiest time of the year and not being able to keep up with demand and production. You would be losing money.

For more information about this article from Grand Rapids Metrology click here.

Other articles from Grand Rapids Metrology.