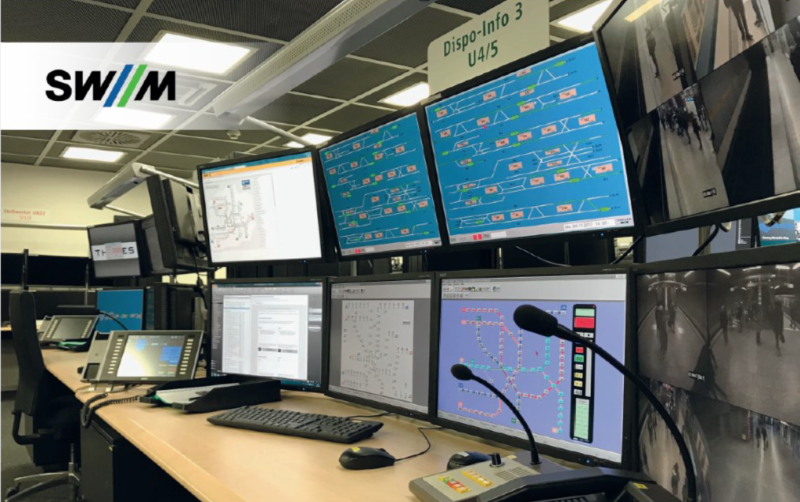 MDT Software (Germany) - The Munich Subway System is the most important rail bound public mass transit system next to the tram system of the state capital Munich. The control center supervises the different subsections of 100 stations. MDT AutoSave Change Management System was installed to optimize the data backup and version control process.

Since opening Munich’s first subway line more than 46 years ago, a network of over 100 km (62 miles) of routes and 100 stations was established. The subway system is operated by the Münchner Verkehrsgesellschaft (MVG), a subsidiary of Stadtwerke München (SWM), the municipal works company. The MVG is the largest partner within the Munich Transport and Tariff Association (MVV). In 2015, the subway brought 398 million passengers to their destinations.

At each station, a telecontrol station collects and transfers the data. The 105 telecontrol stations (from 100 stations and the central control center) are based on a Schneider Electric PLC-CPU. The data is transmitted via a modem and ethernet connection. Stadtwerke München (SWM), the municipal works company, uses its own network which connects the stations via a redundant fiber optic network.

R. Loderer explains that the subsections are not static factors: “Everything changes all the time. New subsections are added, others are eliminated or changed.” Additionally, the subsections are never identical in different stations. “Even if subsections/trades have the same task, each program is parametrized differently.” This calls for special requirements for data backup. Until recently, maintaining data backups was a manual process. Stored data from all stations’ subsections were saved on a central server by personnel.

At SWM, the decision was made to automate the backup process. “After an extensive market analysis, we made the decision to implement the AutoSave Change Management System by MDT,” said R. Loderer. MDT AutoSave, which is distributed by AutoSIS in Germany, provides one central archive for all changes. In case of a device failure, a current copy of the logic and the application files are always accessible, and the plant operations are reestablished right away.

“AutoSave now runs the backup automatically on a daily basis and stores it when changes were made”, said R. Loderer. “All data is easily found in time-oriented folders.” The metadata is located in the SQL database. The AutoSave data can be combined with real time reports.

Prior versions of program logic are easily accessed within AutoSave.  This enables comparison or quick recovery from common issues related to programming changes, protecting employees and riders from errors. Usage of AutoSave is not limited to PLC devices as it supports any PC-based application and more automation devices than any other change management software in the industry, including PLC, robots, CNC, welders, drives, HMI, workstations, project files and documents.