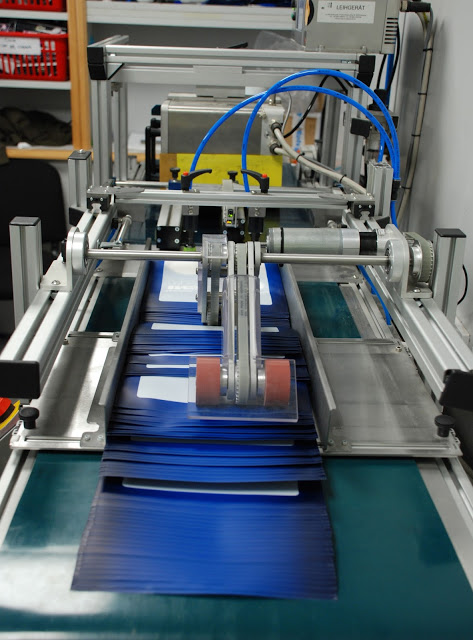 Essex-based Nash Tackle just about has the angling supplies market sewn up, keeping fishing tackle shops stocked with everything from bivvies and shelters to rods and reels. Baits are a major chunk of its business, with a portfolio that takes in hundreds of different boilies, pastes, stick mixes and pellets, formulated with patented performance ingredients and additives.

It is not just in the UK that Nash is held up by anglers as the market leader and innovator in carp bait products - Nashbait is exported to markets such as France, Germany, Poland and the Netherlands.

It was the growth of its export business, and the corresponding need to produce ingredient declarations and product descriptions in foreign language versions, that first prompted Nash Tackle to purchase an offline coding system from Hertfordshire feeding and coding specialist Rotech in 2012. 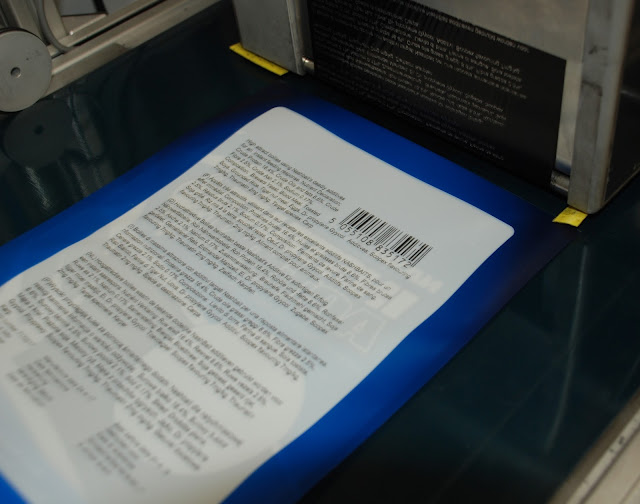 Prior to this, Nash had been using the same generic back-of-pack wording on its exported baits as it was using for the UK market. However, a crackdown by European labelling authorities meant this approach was no longer acceptable - fishing bait products had to carry a description and full list of ingredients in the relevant European language.

At the time, the RF1 offline coding system with vacuum pouch feeder and thermal transfer printhead was the best solution for Nashbaits - it made it possible for the company to overprint pre-made pouches with over 3,000 slightly different versions of back-of-pack information and bar codes, on demand - satisfying regulators without compromising production efficiency.

Five years have passed since Nash purchased this machine, and in that time Rotech has engineered a new coding system, the RF1-V+, that has taken pouch coding efficiency to the next level.

Nash Tackle’s business has also evolved and grown in that time; the company has moved into new state-of-the-art premises and added the Czech Republic, Belgium, Russia, Japan, Canada and the US to its list of export territories. These new markets all require their own language versions and increasing volumes meant the RF1 coder was working flat out to keep on top of orders.

During a visit to Nash Tackle, Rotech demonstrated its new RF1-V+ system, and it was immediately apparent that this overprinter, with its increased speed capabilities and extended printing area, was ideal for equipping Nash Tackle to keep pace with this growth. 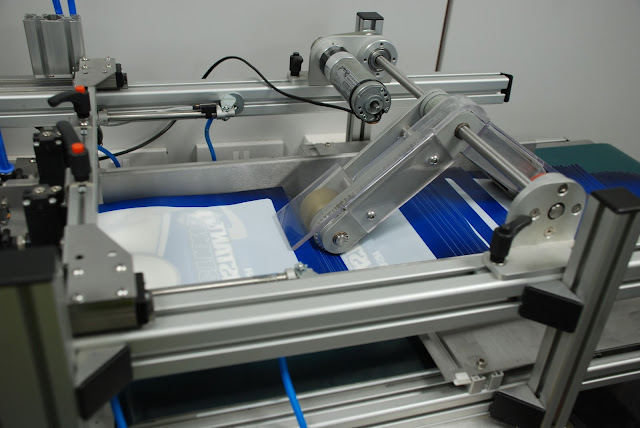 The RF1-V+ is capable of coding up to 60 pouches per minute - 50% faster than its predecessor. Rotech has achieved this throughput improvement through design innovations including a shingling infeed and extended reservoir capacity.

“We have incorporated a shingling conveyor into the infeed, which in turn enables the hopper that supplies the system with unmarked pouches to be enlarged to hold up to 300 pouches at a time,” explains Richard Pether, director at Rotech.

The RF1 system supplied to Nash in 2012 used vacuum pick and place technology to pick a pouch from a stack, place it onto a conveyor for printing, and transfer the printed pouch neatly onto another stack for collection. The shingling conveyor makes the infeed of unmarked pouches more efficient, as it eliminates the time taken for a vacuum arm to dip down below the level of the conveyor, pick the pouch and lift it onto the coding conveyor. Pouches no longer have to be lifted from a stack below - they are presented at a level with the coding conveyor, so that all the vacuum arm has to do is lift each pouch, push it forward and release it onto the coding conveyor.

The addition of a shingling step also allows an operator to keep the reservoir of unmarked pouches replenished whilst the machine is running, enabling continuous operation until a batch has been printed.

“The pouches shingle out along the conveyor, which helps loading at the back end as well as picking off the front end,” explains Richard.

It also means that the hopper can be considerably larger than on a stack-to-stack system, on which the speed is limited by the number of pouches that can stacked in the hopper without overflowing. The larger capacity hopper translates to faster speeds, owing to less downtime for restocking the system.

“With the wider format printer we can fit another word or two per line. This may not sound like much, but it means that we can fit up to six language versions on a pouch without losing out on valuable marketing space,” says Gary Bayes, operations director at Nash Tackle.

Nash buys in pre-made branded pouches that are non-product specific and have a blank area on the back for printing ingredient lists, bar codes, date codes and batch codes. Nash prints labels with the product name and code in-house on a desktop printer and applies them to the pouches, before passing the pouches through the RF1-V+ to print back-of-pack information, bar codes, date codes and batch codes.

Each week, the coder runs off around 8,000 pouches, ranging in size from 200g up to 5kg. These are fed into the coding system in batches of 100 and within just a couple of minutes, each pack in the batch is accurately and clearly printed.

The efficiency and variable printing capabilities of the RF1-V+ also supports Nash’s latest venture - extending its offering to include personalised pack and contract manufacturing services.

“If a retail chain wants packs printed with their branding, carrying ingredient and nutrient information in specific languages, we can do that - efficiently and economically - thanks to the new RF1-V+,” says Gary. “Without this coder we wouldn’t have been able to grow our business in the way we have. The flexibility to print variable information on demand has given us the edge over other companies who struggle to keep abreast of changing legislative requirements and has enabled us to court bigger chains for whom legal compliance is a high priority.”

For more information about this article from Rotech click here.

Other articles from Rotech.