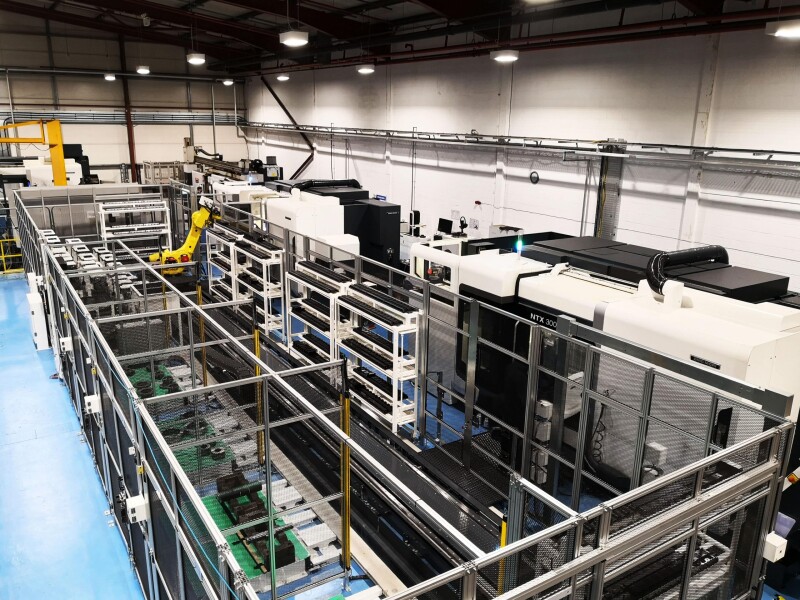 Rotary Power (United Kingdom) - Rotary Power, part of the British Engines Group, has invested over £3 million in an automated DMG Mori robotic machining cell which has been installed at the company’s manufacturing facility in South Shields, UK.

The automated capability of the new cell has improved Rotary Power’s manufacturing efficiency by reducing the set up time by 87.5%. The average cycle time has also been reduced by 33% thanks to the machine’s latest cutting technology.

Measuring 19 metres by 10 metres, the customised cell installed at Rotary Power consists of one automated robot travelling between two machines via a 13 metre track. The robot automatically loads and unloads parts, sets the machines and collects completed products. The cell is primarily used to manufacture components for Rotary Power’s range of motors and pumps.

The cell became fully operational last month and sets Rotary Power apart by improving quality and reducing wastage. The new machine also standardises the length of time each tool is used for by assigning a tool life span. Removing set-up variations in this way improves consistency, whilst reducing wastage on consumable items.

DMG Mori, headquartered in Japan, is one of the world’s leading CNC machine tool manufacturers. Following a merger between German company, DMG, and Japanese company, Mori Seiki in 2010, their joint cutting-edge technology leads the way in the development of high-tech, automated manufacturing machinery.

Ian McGeorge, Manufacturing Manager at Rotary Power, who has been leading the project said: “The addition of the new robotic machining cell represents an exciting time for the company as it has allowed us to position ourselves more competitively within the market by improving our quality and reducing costs.”

A huge effort has been made by the team at Rotary Power to prepare for the implementation of the new cell and the business looks forward to seeing the positive impact that this investment will have in the future.

For more information about this article from Rotary Power click here.

Other articles from Rotary Power.