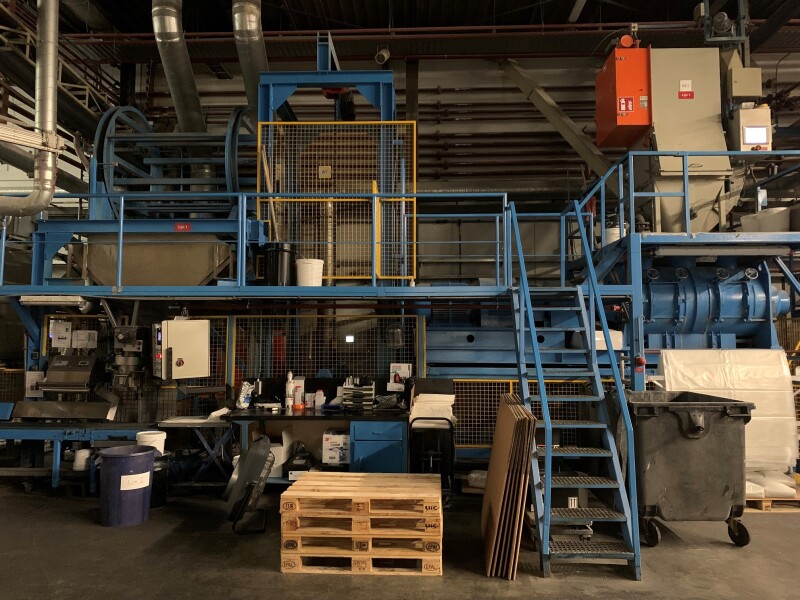 The company which applies synthetic floor and deck systems worldwide, upgraded its factory system with the Programmable Logic Controller (PLC) Omega. At Bolidt, the Omega operates the production of liquid components in the application of floor, wall and deck systems and uses six weighing channels per rack – with there being six in total. Having worked together since 1996, Bolidt has been a long-standing and key partner of PENKO. Bolidt was due an upgrade to its factory automation system and the Omega was the favoured choice. Peter Smits, plant manager at Bolidt comments: “The previous operating system ran on outdated software and was due an upgrade. In order to be able to guarantee the continuity of production for at least the next 20 years, we decided to renew the system with PENKO’s Omega.”

With the advanced technology that Omega brings, the full factory automation process at Bolidt has improved and now conducts quicker and even more accurately. The project initially began at the end of December as a trial-run with the Codesys-based PLC but due to its success with the production at Bolidt, it will continue to be used for future applications.

Based on the requirements of the job, specific information is sent to Omega to implement the order that the Bolidt team placed. The operating system is linked to the ERP system at Bolidt, so production orders are loaded directly from the production planning. The PLC gathers key information including what the order is, the specific recipe, when the build is to happen and what quantity is needed. “This ensures that operation runs smoothly for the production operators, resulting in a higher quality of components,” says Smiths.

The Omega collects information using a Data Reporter software tool which then enables the start of production and reports back the results once it is completed. This accurately collates all of this information in the database which the team at Bolidt can review and modify according to their production needs.

Gijs van Doesburg, sales and service manager at PENKO comments: “It is great to see that Omega has successfully enhanced the factory production process at Bolidt. This PLC is better, faster and easier than ever to use and with the recognised Codesys software, there are even more possibilities available as it can adapt to whatever the customer’s requirements are.”

Peter Smits adds: “In just three weeks, PENKO successfully renewed the entire operating system – including hardware and software – of Bolidt’s production line with the introduction of the Omega PLC system. This was a big challenge in a very challenging time! The operation has been a success due to the good preparation, planning and cooperation between PENKO, Bolidt and all other parties involved.”

For more information about this article from PENKO Engineering B.V. click here.

Other articles from PENKO Engineering B.V..