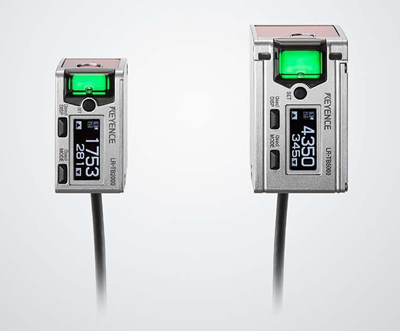 Keyence Corporation (Japan) - Keyence's LR-T Series of reflective laser sensors is defined by its versatility, detection stability and flexibility of use.

Although there are just two models, Keyence's LR-T Series of laser sensors can handle many reflective-detection applications. The LR-TB2000 has detection range of 0.06 to 2 m and the LR-TB5000 has a range of up to 5 m, meaning that just one sensor can cover a range of applications requiring different detection distances. The result is easier use, simplified maintenance and, more importantly, a smaller inventory. Just one spare part is sufficient for an entire production facility!

The design of the LR-T Series makes detecting targets from any mounting position possible, be it near to or far from a target, horizontal, vertical or diagonal. The LR-T Series is therefore ideal for installation on new or existing equipment. The adjustable L-shaped angle brackets allow for quick sensor attachment to machine frames while the free-angle swivel brackets can be used to mount the sensor onto an M12 shaft.

The Time of Flight (TOF) detection method and custom integrated circuit give the LR-T Series a sampling rate of approx. 8 GHz as well as increased processing capabilities to ensure consistently stable detection, even over long distances and regardless of the surface condition, colour or angle of the target. Thanks to TOF detection combined with integrated-circuit processing, the LR-T Series is not affected by parasitic reflections because distance is measured by calculating the time it takes for the pulsed laser beam to travel from the sensor to the target and back again.

Furthermore, the beam-spot size can be adjusted to guarantee reliable detection of any target regardless of its surface type (mesh, uneven, rounded, powder, etc.). This adjustment is done by simply turning the rotary dial with a screwdriver. The dial is connected to a disc with multiple lenses. Unlike the commonly used focusing mechanism, which adjusts the beam-spot diameter by repositioning a single lens, the step-disc mechanism locks in on the lens with the optimal diameter. This eliminates the potential for beam-spot variation caused by displacement of a position-dependent lens due to vibrations.

Up to four sensors can operate in close proximity with each other to detect multiple points on a target without the risk of mutual interference. The custom integrated circuit (IC) prevents the LR-T Series from being affected by ambient light (up to 100,000 lux) or any other type of light generated in production processes. 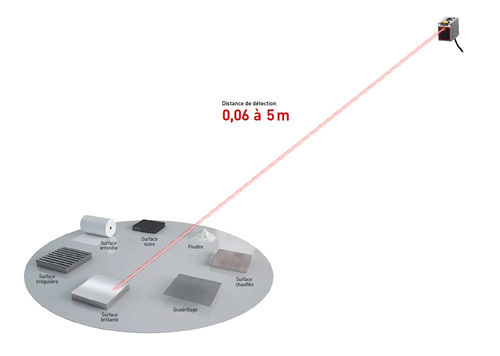 For more information about this article from Keyence click here.

Other articles from Keyence.

Kollmorgen Servo Controllers now feature up to 48 A output current, twice the capacity