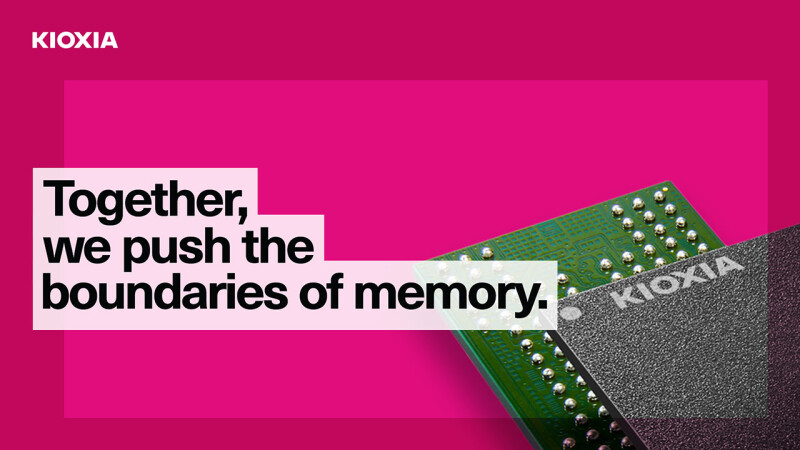 “Through our strong partnership that has spanned two decades, Kioxia and Western Digital have successfully created unrivaled capabilities in manufacturing and R&D,” said Masaki Momodomi, Chief Technology Officer, Kioxia. “Together, we produce over 30 percent1 of the world’s flash memory bits and are steadfast in our mission to provide exceptional capacity, performance and reliability at a compelling cost. We each deliver this value proposition across a range of data-centric applications from personal electronics to data centers as well as emerging applications enabled by 5G networks, artificial intelligence and autonomous systems.”

“As Moore’s Law reaches its physical limits across the semiconductor industry, there’s one place where Moore’s Law continues its relevancy — that’s in flash,” said Dr. Siva Sivaram, President of Technology & Strategy, Western Digital. “To continue these advances and meet the world’s growing data demands, a new approach to 3D flash memory scaling is critical. With this new generation, Kioxia and Western Digital are introducing innovations in vertical as well as lateral scaling to achieve greater capacity in a smaller die with fewer layers. This innovation ultimately delivers the performance, reliability and cost that customers need.”

Overall, the new 3D flash memory technology reduces the cost per bit, as well as increases the manufactured bits per wafer by 70 percent, compared with the previous generation. Kioxia and Western Digital continue to drive innovation to ensure continued scaling to meet the needs of customers and their diverse applications.

Kioxia is a world leader in memory solutions, dedicated to the development, production and sale of flash memory and solid-state drives (SSDs). In April 2017, its predecessor Toshiba Memory was spun off from Toshiba Corporation, the company that invented NAND flash memory in 1987. Kioxia is committed to uplifting the world with memory by offering products, services and systems that create choice for customers and memory-based value for society. Kioxia's innovative 3D flash memory technology, BiCS FLASH™, is shaping the future of storage in high-density applications, including advanced smartphones, PCs, SSDs, automotive and data centers.

Western Digital creates environments for data to thrive. As a leader in data infrastructure, the company is driving the innovation needed to help customers capture, preserve, access and transform an ever-increasing diversity of data. Everywhere data lives, from advanced data centers to mobile sensors to personal devices, our industry-leading solutions deliver the possibilities of data. Our data-centric solutions are comprised of the Western Digital®, G-Technology™, SanDisk®, and WD® brands.

For more information about this article from KIOXIA Corporation click here.

Other articles from KIOXIA Corporation.