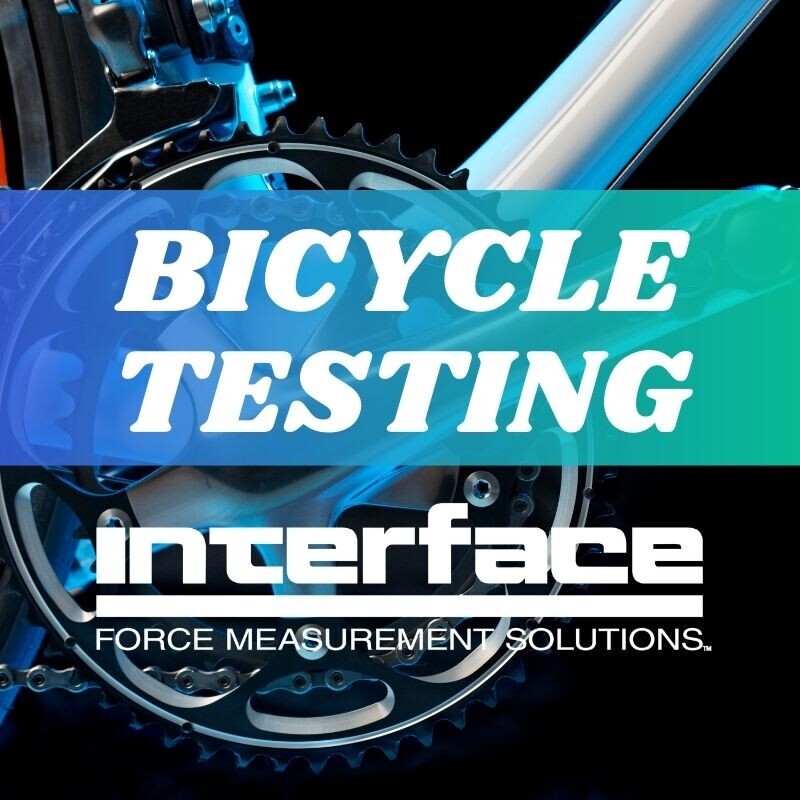 Interface, Inc. (United States) - Interface sensors are used in a never-ending list of products, from heavy machinery to miniature medical devices. In the spirit of the Olympics, we thought we would share how our force and torque technologies are used in the test and measurement of bicycles, whether used for extreme off-road racing or speeding around the track. Interface has a role in helping to get bikes on the road and performing at optimum speeds.

Road, mountain and e-bikes present a fantastic use case for our products because everything from the force a rider puts on a bike’s suspension, shocks and frame when sitting on it, to the torque of the pedals and tires need to be carefully tested before a bike is ready for action. In the application notes below, we outline different parts and kinds of bikes that utilize measurement testing in design and actual use, along with the specific Interface force sensors used in each case. 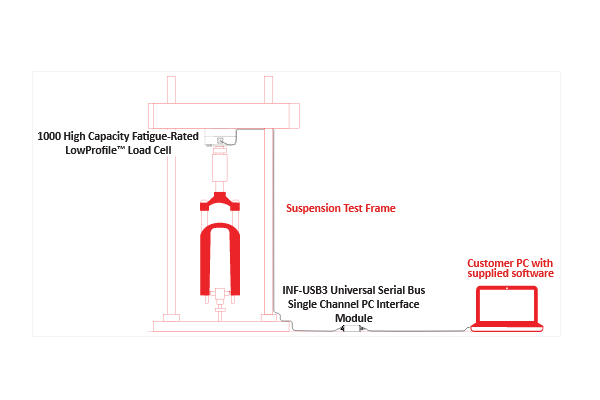 In this application example, when a manufacturer wanted to test the durability of the forks on the front of their bikes, the rear shocks, front suspension, and ensure that the bikes shocks absorption is working properly for bike riders, we had a solution. Interface suggested installing the 1000 High Capacity Fatigue-Rated LowProfile™ Load Cell in a fatigue frame using the company’s bike forks. The forks undergo a fatigue test for several hours. Test results from the 1000 High Capacity Fatigue-Rated LowProfile™ Load Cell will be sent to the INF-USB3 Universal Serial Bus Single Channel PC Interface Module where the customer can view, log, and graph the results on their PC computer or laptop with provided software. Using this solution, the customer was able to test the bike’s front and rear shocks using Interface’s products. They determined if there were any weak spots in the forks or if it was working properly. 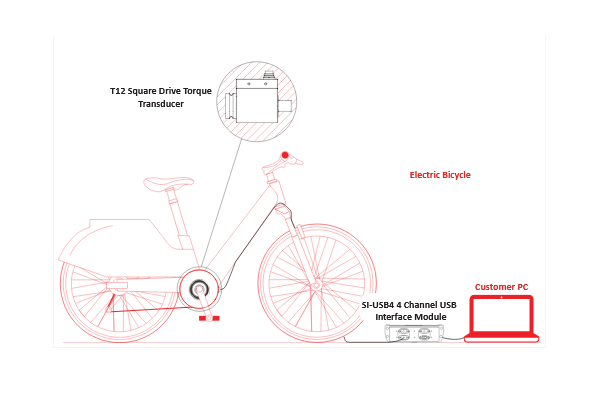 The manufacturer needed to test the torque on their electronic bicycles. They also needed a torque sensing system that measures how much force the bike rider is pedaling onto the pedals, because this determines how much electric power the bike’s motor generates. To address this challenge, Interface suggested installing the Model T12 Square Drive Torque Transducer where the pedal assist sensor would normally be. The T12 Square Drive Torque Transducer’s results could then be recorded, graphed, and logged using the SI-USB4 4 Channel USB Interface Module when connected to the customer’s PC. This allows the e-bike manufacturing company to successfully test the torque on their electronic bicycles with Interface’s products and instrumentation. 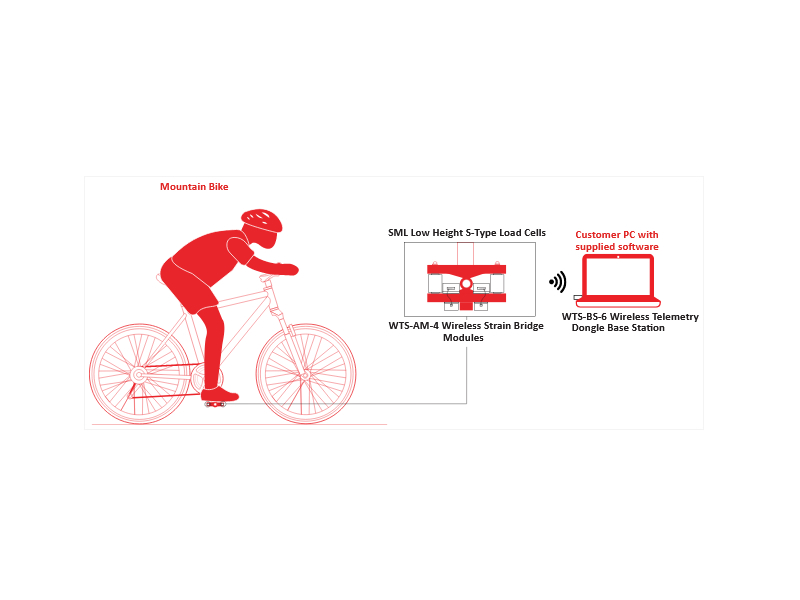 For a bike manufacturer testing the functionality of its power pedals, Interface supplied a full wireless system solution to measure how much force the cyclist pushes down onto the bike pedals. The solution included four Model SML Low Height S-Type Load Cells installed within the bike’s pedals. The four SMLs were paired with our Wireless Telemetry System components, two WTS-AM-4 Wireless Strain Bridge Transmitter Modules, which transmit the force data from the cyclist to the WTS-BS-6 Wireless Telemetry Dongle Base Station Dongle connected to the customer’s PC or laptop. Interface also provided the software needed with their wireless products. Using this system, the bike manufacturer was able to measure the pedal power applied by the cyclist. The customer was also able to measure and log the data wirelessly transmitted to their PC computer. 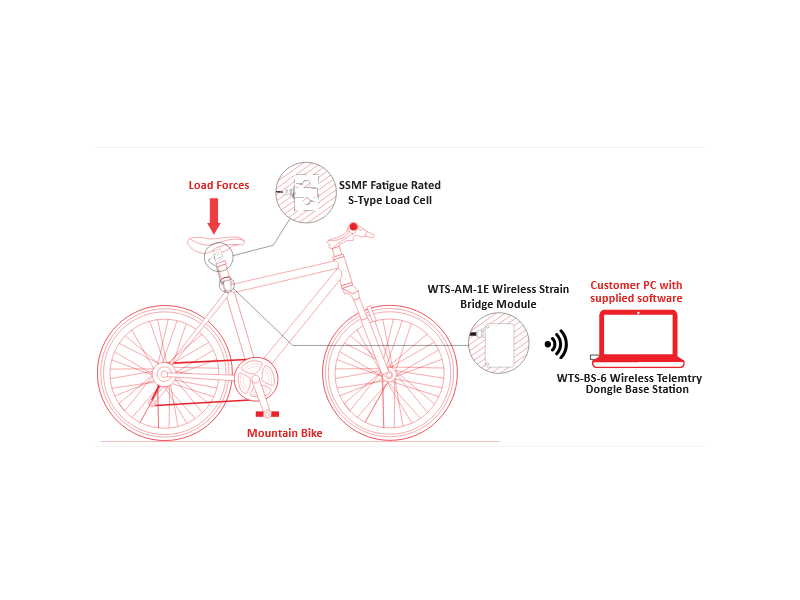 In this example, another mountain bike manufacturing company wanted a system that measures their bike frames load capacities and vibrations on the frame, and to ensure the bike’s high quality and frame load durability during the final step of the product testing process. Interface suggested installing Model SSMF Fatigue Rated S-Type Load Cell, connected to a WTS products, the WTS-AM-1E Wireless Strain Bridge, between the mountain bike’s seat and the bike frame. This measured the vibrations and load forces applied onto the bike frame. The results are then captured by the WTS-AM-1E and transmitted to the customer’s PC using the WTS-BS-6 Wireless Telemetry Dongle Base Station. Using this solution, the mountain bike manufacturing company was able to gather highly accurate data to determine that their bikes met performance standards through this final testing. 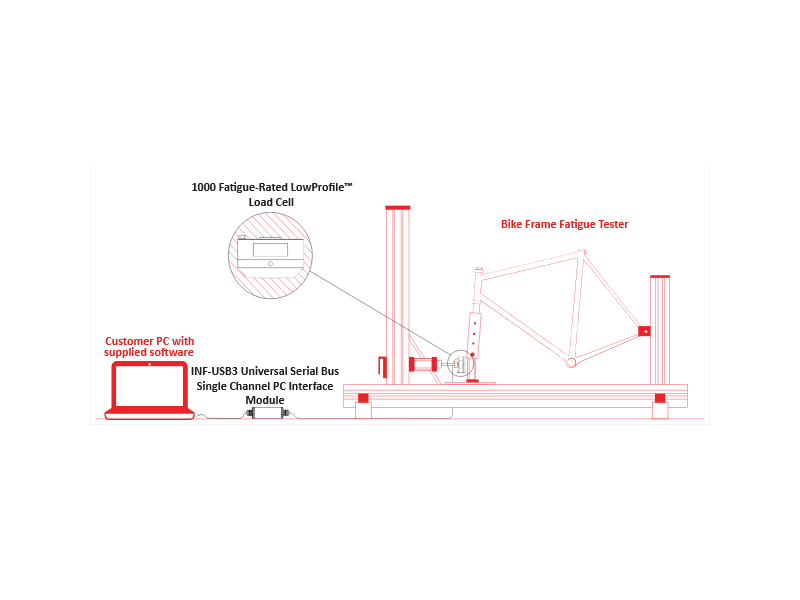 Fatigue testing is critical for bike design engineers. Our customer wanted to perform a fatigue test on their bike frames and analyze the strength of their bike frames in order to ensure durability and high-quality standards, turned to Interface for a solution. We suggested installing Model 1000 Fatigue-Rated LowProfile™ Load Cell to the customer’s bike frame fatigue tester. This load cell provides the customer with highly accurate results through the fatigue cycling. These results are collected using the INF-USB3 Universal Serial Bus Single Channel PC Interface Module and displayed on the customer’s PC or Laptop with Interface’s provided software. With this solution, the bike manufacturing company successfully had their bikes undergo fatigue frame testing, receiving highly accurate results with Interface’s load cell and instrumentation.

This deep dive into bicycle testing is just the beginning in demonstrating how many applications of Interface products can be used to improve the quality and reliability of the final design. When you consider bicycles, testing is critical whether it’s being used in the Olympics, for recreation or even transportation. Bicycle safety is fundamental to any design. Testing the performance and durability are essential before any bicycle is approved to be used on the road.

For more information about this article from Interface, Inc. click here.

Other articles from Interface, Inc.. 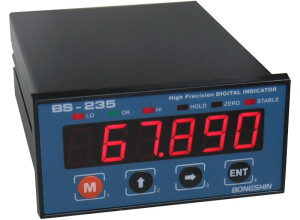 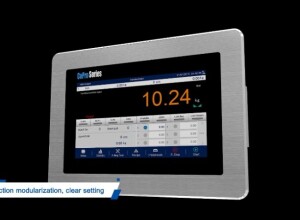 Article by General Measure: Why Weight Controller is Significant for a Packing Machine 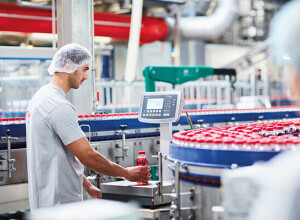 Article by Minebea Intec: Understanding How to Minimise Disrupting Influences on Weighing Results 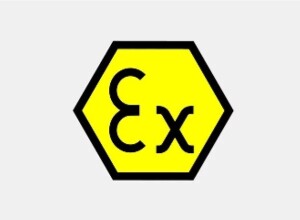 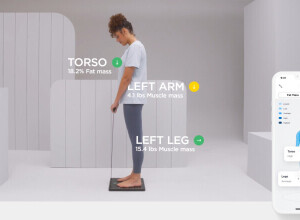 Giropès Case Study: Collection and Distribution of Fruit at Giropoma