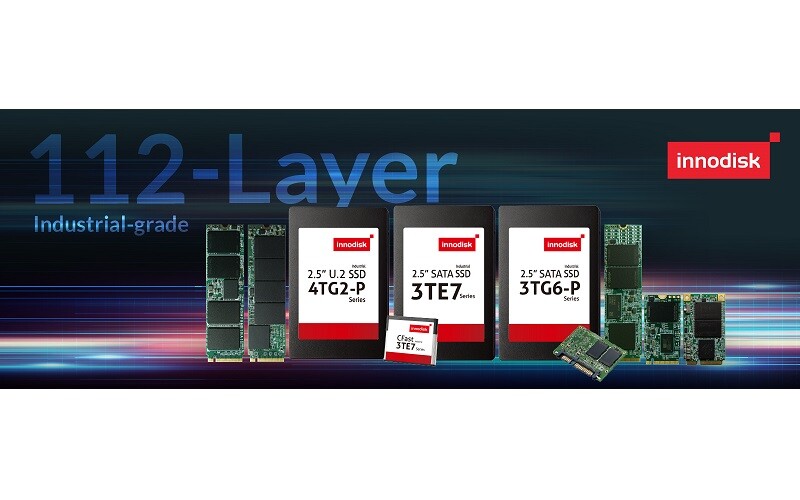 The 112-layer SSDs introduces a complete product line including the SATA 3TG6-P and 3TE7 series, as well as the PCIe Gen3x4 and Gen4x4 series.

Compared to the previous 96-layer technology that offered a maximum of 2TB storage, the new 112-layer PCIe Gen 4x4 series increase the capacity to 8TB for U.2 SSD, which is the highest in the industry, while increased the capacity to 4TB for M.2 (P80). Beyond capacity increases, 112-layer is also faster, with the PCIe Gen 4x4 series clocking in at speeds up to 7500/6700 MB/s (8CH) and 3800/3000 MB/s (4CH). The marked increase in performance meets the growing needs of AIoT applications and industries in 5G, edge computing, deep learning, smart surveillance and smart medical where speed and higher capacity support are critical.

For more information about this article from Innodisk Corporation click here.

Other articles from Innodisk Corporation.