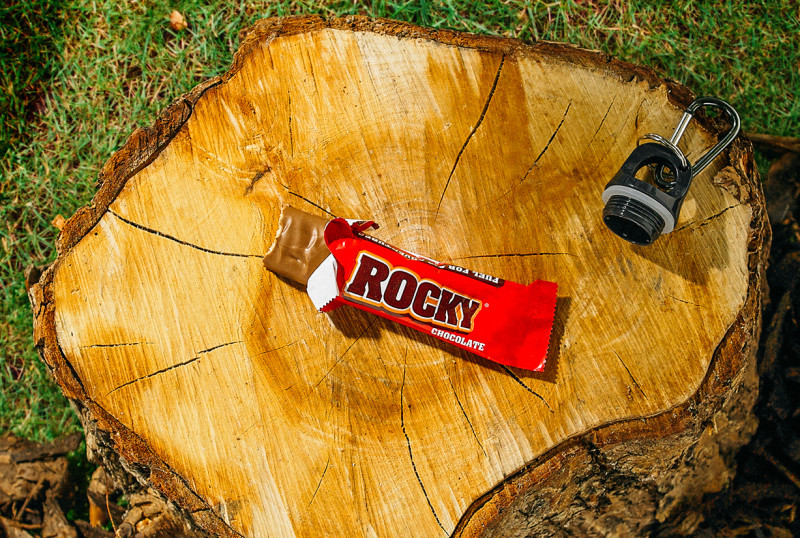 Ilapak Packaging Machinery (UK) - When one of Fox’s high speed flow wrappers succumbed, leaving the biscuit manufacturer with a financially crippling downtime situation on its Rocky bar line, Ilapak came to the rescue. One of the few flexible packaging equipment manufacturers with the capabilities to supply a 1000 biscuits per minute line, Ilapak reacted quickly when Fox’s wanted to purchase an exhibition model Delta Systems & Automation (DSA) Eagle flow wrapper.

Fox’s Rocky chocolate biscuit bar brand is a household name in the UK, listed with all the major multiples and enjoying a loyal following of consumers. To keep supermarket shelves fully stocked, the biscuit manufacturer has four lines operating 24/7 at speeds of 600 bars per minute at its factory in Kirkham, Lancashire.

With some of the equipment on these lines nearing the end of its lifespan, last year, Fox’s visited Interpack to research upgrade options. Ilapak’s US-built DSA Eagle flow wrapper was on display at the show, and Fox’s was impressed with its rare ability to wrap biscuit bars at speeds in excess of 1000ppm.

“There are very few flow wrapper suppliers who can guarantee speeds in the region of 1000 ppm. A lot of companies we spoke to said they couldn’t get near this target,” says Paul Nolan, chief engineer at Fox’s Kirkham site.

Engineered for 24/7 production environments, the DSA Eagle incorporates features such as automatic splicing and expanded touchscreen diagnostics for efficiency excellence. Heavy duty construction and the design of its feeding system are also key to the flow wrapper’s exceptional performance at high speeds.

“There is a lot of vibration when running at these kinds of speeds. The Eagle is based on a very heavy duty mechanical platform and 12.5mm thick plate frame construction. This ensures stability and smooth operation of the jaws at very high speeds,” explains Chris Gee, sales manager HFFS at Ilapak.

The Eagle also deploys advanced sensor technology to perform a profile check of each biscuit just before it enters the flow wrapper, as uniformity is imperative at these high speeds.

“The system checks length, height and weight of each bar and any products that fall outside of the programmed parameters will be rejected before they enter the flow wrapper and cause jams or blockages,” says Chris.

Before Fox’s had a chance to resume discussions with Ilapak, in August, one of its high speed flow wrappers broke down and due to obsolescence, couldn’t be fixed.

With throughput down by 40%, Fox’s couldn’t afford to waste any time organising a replacement and Paul was on the phone to Ilapak to see if Fox’s could buy the DSA Eagle he had seen at Interpack.

At the time, the flow wrapper was being shipped back across the Atlantic. Arrangements were made to get in on a return flight as soon as it landed on American soil and on arrival at London Heathrow airport, it was immediately transported to Kirkham for installation and in-situ trials.

“We were losing a significant amount of money due to the reduction in throughput, the decision was taken to complete trials on site, instead of America, due to time constraints” recalls Paul.

Installing the flow wrapper on the line was far from straightforward, as it had to be interfaced with upstream and downstream equipment that was operating on different and older control platforms.

“A lot of equipment suppliers shy away from the challenge of integrating a new machine into an existing line where the control systems in use are old as it isn’t easy to get machines to communicate with one another when, essentially, they are talking in different languages. In this case, it was a lot of work to get the flow wrapper to interface with the upstream accumulation tower and feeding system and the downstream over-wrapper,” explains Chris.

By December, the line was back up and running with the new flow wrapper in place.

Fox’s is now looking at upgrading its other flow wrappers to DSA Eagle systems as well as future-proofing the rest of its plant – projects in which it says Ilapak will be heavily involved.

“I value Ilapak’s openness, their readiness to provide solutions and the partnership we have. It’s a rare combination and I don’t think we have that with any other equipment supplier. The pace at which Ilapak moved and their willingness to help us out was admirable,” says Paul.

When one of Fox’s high speed flow wrappers succumbed, Ilapak came to the rescue.

The Ilapak DSA Eagle, wrapping biscuit bars at speeds in excess of 1000ppm.

For more information about this article from Ilapak Packaging Machinery click here.

Other articles from Ilapak Packaging Machinery.