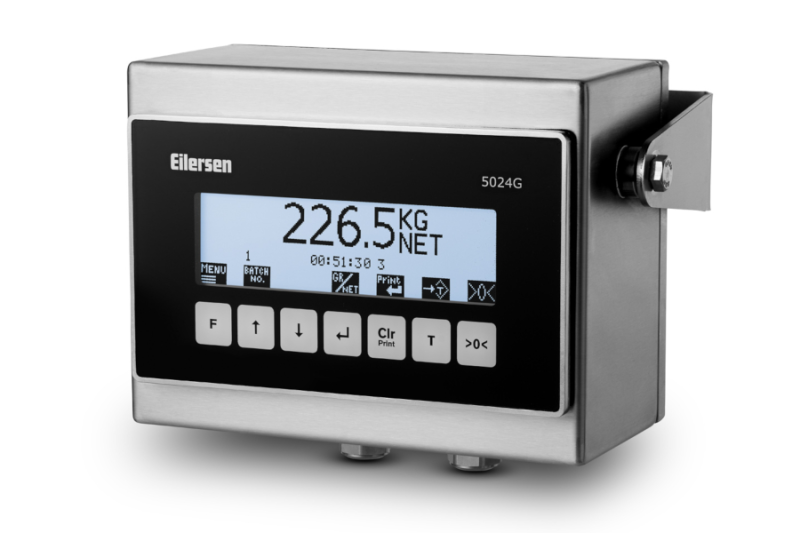 The fully digital weighing terminal type 5024G is the first product to be released with the newly developed intelligent setup function.

The 5024G weighing terminal communicates directly with Eilersen digital load cells and is controlled via the capacitive touch keyboard. This ensures a measuring chain with no loss of accuracy, and the touch keyboard is highly resistant to wear, even in harsh industrial environments.

The intelligent set up eliminates the use of time-consuming installation instructions, manuals and descriptions for standard applications. This again reduces both time spent and the risk of errors in the configuration of the weighing system.

In addition to the above parameters, the weighing terminal will also provide suggestions and information for the following: Measuring time and filter setting for optimizing the performance of the weighing system, stability limit and zero tracking, system calibration and corner calibration, linearization, as well as diagnostics and serial no., etc., on all connected load cells.

The instrumentation’s built-in digital interface for all common fieldbus protocols makes it possible to build a fully digital measurement chain that allows for the collection of weighing data for each load cell. One advantage of using a digital measuring chain is that the communication is not sensitive to electrical noise, as is often seen with analog signals.

Furthermore, Eilersen can offer the development of customized weighing software for projects that cannot be solved with the wide range of standard software.

As standard, the Eilersen weighing terminal type 5024G is offered with EtherNet/IP, Modbus TCP and serial RS485 interfaces, as well as analog 4-20mA output, but can optionally be extended with Profibus DP and PROFINET interface for communication with PLC, PC, and peripheral equipment like printers, barcode readers, etc.

All functions are easily controlled through the graphic high contrast display and the capacitive touch keys. As standard, the weighing terminal comes equipped with an alibi function and 4 configurable 24Vdc I/O.

Another new feature, which is particularly useful for mobile weighing systems that are moved between different locations, is that the weighing terminal and the load cells can be equipped with battery power supply that will keep the system running for an extended period of time.

The weighing terminal is assembled, tested and configured at the Eilersen facilities in Denmark and comes ready for panel mounting or, optionally, mounted in a stainless steel enclosure.

Eilersen is a world leader in digital load cells, weighing instrumentation, and weighing solutions for industrial applications. Since 1969, Eilersen has developed, manufactured and delivered industrial weighing systems based on the patented capacitive technology.

In particular, many of the largest and most recognized companies within the food, pharmaceutical, chemical and offshore industries in more than 90 countries worldwide benefit from Eilersen weighing solutions.

How Bizerba and Microsoft help to prevent food waste 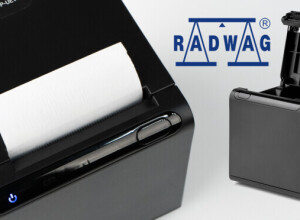 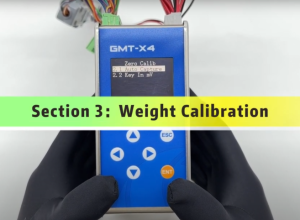