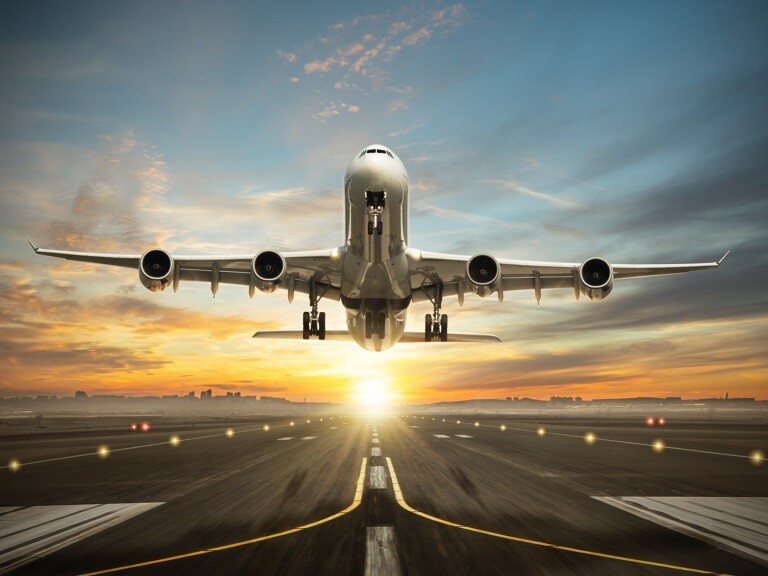 HITEC Sensor Developments, Inc. (United States) - Despite growing concerns about the environmental impact of carbon dioxide emissions from airline travel, the number of flights worldwide continues to increase year on year, nearing 40 million flights in 2019.1 Given that aviation contributes to 12 % of all carbon dioxide emissions from transport worldwide,2 there is growing interest in finding ways either to replace heavily polluting hydrocarbon-based fuels or to increase their efficiency.

One possibility has been to move towards all-electric aircraft that are powered by electric motors. Their power sources include batteries that can be recharged by renewable energy sources but also solar cells that can be used for charging in flight. The earliest electrical solar-powered aircraft began development in the 1970s, and with developing technologies, interest in the possibilities of electrical aircraft for passengers is booming.3

As well as increasing industry demand for all-electric aircraft, which rely on electronic interfaces for piloting and control, modern commercial aircraft also increasingly use fly-by-wire systems. Fly-by-wire systems are commonplace in the acceleration systems of modern automotive vehicles, replacing conventional throttle cables to minimize emissions, reduce the number of moving components and importantly, to save weight, crucial in the move to electric vehicles.

How does Fly-By-Wire work?

A fly-by-wire system for piloting still consists of a manual sidestick or yoke that can be directed by the pilot. However, rather than the sidestick having direct mechanical control of the aircraft, a series of sensors and on-board computers convert the input signals to the flight control actuators that steer the aircraft.

The advantages of this are fewer mechanical moving parts and enhanced “artificial feel” – the feedback that a pilot receives from the controls in response to an input. The fast communication facilitated by the use of electronics provides the ability to aid the steering of the pilot with additional computer input, as any physical movements can be compensated by an onboard computer to avoid overly large changes in pitch or roll. However, in all types of aircraft, be them fixed-wing or rotary-wing, the performance of a fly-by-wire system is highly dependent on the use of sensors.

A high-quality fly-by-wire system for complex aircraft relies on many different kinds of sensor to provide feedback on possible types of mechanical motion, particularly if this is integrated into an autopilot system. Key types of sensors that must be included in a successful system include; force and torque sensors for flight controls, electric actuators, secondary load path sensing, health, and usage monitoring systems (HUMS).4 All of these reflect significant growth applications as demand for all-electrical aircraft and more automated transport continues to increase.

The aircraft industry, in particular, has some of the most stringent safety legislation in the world. This means that any sensor to be included as part of an aircraft must meet legislative requirements such as 14 CFR Part 21 (Code of Federal Regulations) or EASA Part 21 and have been designed and produced in a facility that is approved to AS9100 (International Quality Management System standard for the Aviation, Space and Defense industry). These regulations and standards cover not just the operation of the sensor, but also its manufacture and design, so all aspects of the sensor creation process must be compliant.

Another layer of application-specific requirements covers sensors that will be designed and built for in-flight applications, also requiring the creator to have specific expertise and experience. This is to achieve compliance with standards such as DO-160, DO-254 and MIL-STD 461/464, which dictate the test procedure for the environmental testing of avionics, the hardware design safety considerations and the many aspects of electromagnetic compatibility, including the effects of lightning.

The strict regulations for sensors to be used in aircraft applications limits the number of suppliers with the necessary experience and testing facilities capable of complying with such regulations. HITEC, however, has over 10 years’ experience designing and building airborne sensors and their products have already amassed a total of over six million hours of in-flight service.

HITEC offers a wide range of torque and force sensors ideal for integration into fly-by-wire or all-electrical aircraft applications. The large variety of sensor types means that HITEC can offer numerous sensors for all parts of a fly-by-wire system, including secondary load path monitoring or HUMS. The company also has wide expertise in the design and installation of strain gauge systems for airframe fatigue testing, with experience of over 7500 measurement nodes installed in a single airframe with zero failures.

Most sensors can operate with no detrimental effects on accuracy as they are temperature compensated between – 68°F and 160°F, necessary for the often-extreme environmental conditions experienced by aircraft. The sensors are also designed so that altitude has a negligible effect on accuracy.

While a variety of sensor solutions are available, HITEC also designs and supplies custom testing solutions, particularly for strain gauges. Full-field or on-site support is available and HITEC also offers testing services to ensure components or constructions meet any regulatory requirements. Testing capabilities include thermal, mechanical and residual stress analysis as well as static, dynamic and endurance testing, which is often challenging for aircraft applications.

With extensive and proven expertise in sensor applications for aircraft, HITEC can help both with technical support, calibration requirements, installation as well as supplying sensors or test assemblies.

For more information about this article from HITEC Sensor Developments, Inc. click here.