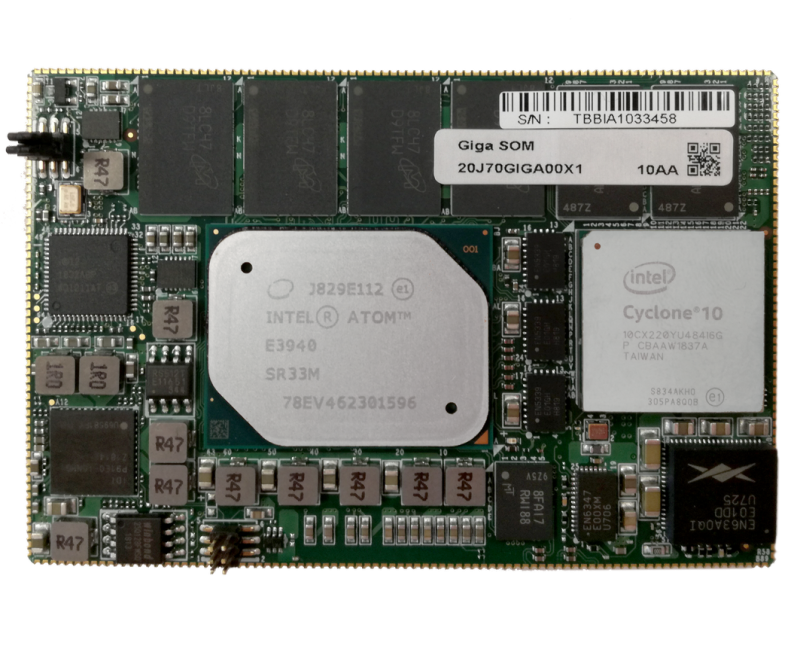 Arrow Electronics, Inc. (United States) - Arrow Electronics has collaborated with Exor Embedded to create gigaSOM gS01, a full production design and an additional development kit featuring a high-performance, energy-efficient system on module (SOM) for IoT edge deployments. The SOM combines the power and efficiency of the Intel Atom E3900 processor series with the flexibility of an Intel Cyclone 10 GX FPGA, connected with a high-bandwidth dual-lane PCIe interface to create a unified high-performing engine. gigaSOM gS01 is a combined X86 CPU and Intel high-speed FPGA design on a single system on module.

With Intel’s time-coordinated computing (TCC) technology in the CPU, support for IEEE 802.1 time-sensitive networking (TSN) in the FPGA reference design, and loaded with a real-time IoT stack, the gigaSOM gS01 ensures determinism for managing synchronised and real-time smart-factory applications. The board can consolidate multiple devices such as industrial PCs, HMI controllers, and PLCs in a single module.

The module has a low profile of just 4.9mm and measures 81.6mm x 54mm, allowing creation of slim and compact products. The FPGA and CPU are soldered directly to the board to maximise reliability and ruggedness, making the module an excellent choice for 24/7 operation and deployment in hostile environmental conditions across the temperature range -40°C to 85°C.

For more information about this article from Arrow Electronics, Inc. click here.

Other articles from Arrow Electronics, Inc..